Grab our FREE ebook and learn 9 essential ways to transform your classroom with social emotional learning!

220shares
This post contains affiliate links for your convenience. As an Amazon Associate I earn from qualifying purchases. View disclosure policy HERE.

These ABC learning videos use fun and song to help teach kids how to recognize letters, the sounds they make, and how to blend those sounds together. 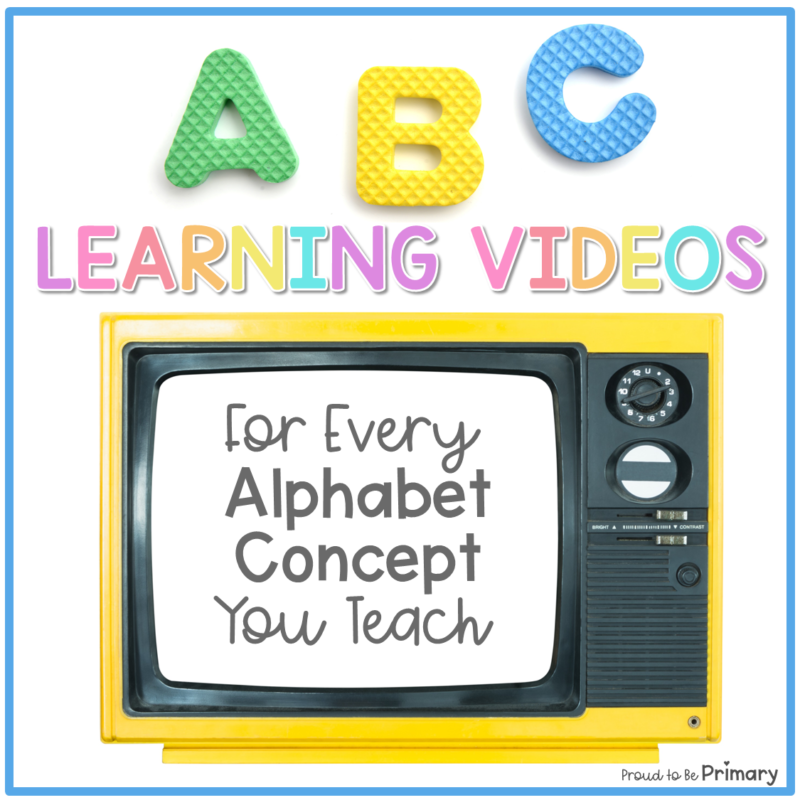 Learning the alphabet is the first thing kids are taught when they begin formal schooling. They use the alphabet to learn how to read and write, of course! These ABC learning videos will help make learning the alphabet fun for kids. Repetition, catchy tunes, and fun visual aids will give kids the tools they need to learn all of the letter names and sounds.

Letter recognition is all about learning what each letter looks like. This should include both uppercase and lowercase letters. These ABC learning videos will teach kids how to recognize each letter. While watching the videos, kids will see the individual letters, along with their names. This will begin their letter recognition journey in a fun and engaging way.

Learning the alphabet is fun with Blippi. In this ABC learning video, kids will get the chance to recognize each letter of the alphabet using letterboxes. Each box has an uppercase and lowercase letter and includes objects that start with that letter. The video uses a combination of visual aids, song, and pure fun to help teach kids the alphabet.

Repetition is key when it comes to letter recognition. It’s important that kids learn to recognize the individual characteristics of each letter. The more they see the letter and hear its name, the more likely they are to remember it. In this ABC learning video, each letter is shown on the screen, with a voice repeating its name. There is a lot of movement in this video, making it interesting for kids.

After learning all of the letters, it’s important that kids can demonstrate what they’ve learned. In this letter recognition video, the letters are shown one at a time, giving kids the chance to shout out the name of the letter. This can be done with individuals, small groups and even large groups. To make it a game, simply have two kids line up next to one another and see who can say the letter name first. Larger groups can make two or more teams and cycle through the players on each team. This is a wonderful way for kids to practice what they’ve learned in a fun way.

In addition to recognizing letter names, it’s also important that kids are able to match letter names with sounds. Phonics is an important part of learning the alphabet since this skill is what kids will use to begin reading. In these ABC learning videos, kids will see the letters and hear the sounds. These videos also match the sounds with a picture, giving a great visual reminder for what sound that letter makes.

This video is a great way to teach kids letter sounds. In Meet the Phonics, kids will get the chance to see each letter in a fun cartoon. The theme matches the sound each letter makes, such a dinosaur theme for the letter D. The voice then repeats the letter sound and includes different words that start with that letter. Repetition, combined with fun visuals, makes this an excellent ABC learning video.

This ABC learning video helps kids learn the first few letters of the alphabet and the sounds they make. It uses repetition to help kids commit the sounds to memory. For example, for the letter B, the song sings “b-b-bee, b-b-bee” along with other words that start with b. Since the beginning sound is stressed, kids will start recognizing that beginning letter sound. Since it teaches the first few letters only, kids are given a manageable amount to learn, making it a great beginning video.

Letter sounds are important when it comes to learning the alphabet. Kids will need to differentiate between letter sounds as they progress from knowing the alphabet to reading. In this ABC learning video, kids will sing along with each letter name and sounds. It includes great examples for each letter, teaching kids different words that start with that sounds. With the catchy tune, kids will quickly learn the letter sounds.

This phonics song will help teach kids all about letters and their sounds. Each letter is shown on the screen with an uppercase and lowercase letter. The song then goes on to sing about an object or item that starts with that letter sound. For example, for the letter B, it sings, “B is for baby … b-b-baby … b-b-baby. B, baby.” This type of repetition, along with the catchy tune, will help kids commit this information to memory so that they quickly master the letter sounds.

The Alphablocks are here to teach kids all about the sounds that letters make and how to put them together into words. This video is fantastic for giving kids a fun way to learn sounds and to understand that those sounds can be used to make words. This video can be used with beginner learners as a way to introduce this important skill. It can also be used with advanced learners who are ready to start reading!

Songs are a catchy and fun way to learn the alphabet. These ABC learning videos use songs to help kids learn what they need to know about letter recognition and sounds. Since the songs use catchy tunes and fun music, kids will love dancing and singing along as they learn important alphabet skills.

Music can serve as a wonderful learning tool that will help kids remember important skills. This ABC song video does a great job of using catching tunes and music to make learning the alphabet fun and easy. In it, kids learn a song for each letter. These songs include different objects or items that start with that letter, giving kids a visual way to remember what each letter is.

This chanting song is a great way for kids to learn the alphabet. Not only does the music make it easier for kids to follow along, the screen also flashes each letter, including both uppercase and lower case letters. This helps kids connect the letter name with what it looks like, an important skill needed for learning the alphabet. After going through the letter names, it also goes through the sounds that each letter makes, teaching kids phonics in addition to letter recognition.

Getting kids to move when learning is a great way to help them remember important details. This ABC learning video uses songs and hand signs to help teach kids the alphabet. Each letter is represented with an ASL sign, along with singing the letter name and sounds. By signing and singing the alphabet, kids are given one more tool that will help them recall each letter and what it means.

Bob the Train is here to teach kids all about the alphabet! As he drives around the train tracks, he sees different letters and sings each letter name. This video gives kids a great visual, making learning the alphabet fun. As kids continue to watch the video, they’ll also get the chance to learn letter sounds in addition to letter recognition. When teaching the letter sounds, Bob the Train repeats each letter name which will help kids remember this information.

In this video, kids will sing the letters and the sounds that they make. What makes this video even more fun for kids is that it’s all about Sesame Street! All of the favorite Sesame Street characters sing this alphabet song, such as B is for Bert or C is for Cookie Monster. Kids will be excited to sing along to this song. They’ll have so much fun, they won’t even realize that they’re learning!

These ABC learning videos are perfect for teaching kids the alphabet. Whether they need help recognizing letters or learning letter sounds, these videos help! They give them a positive learning experience. 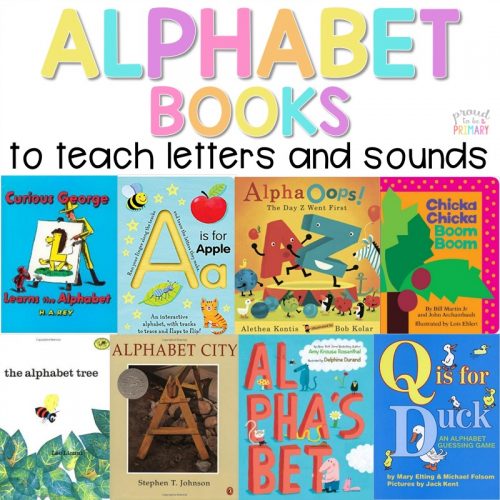 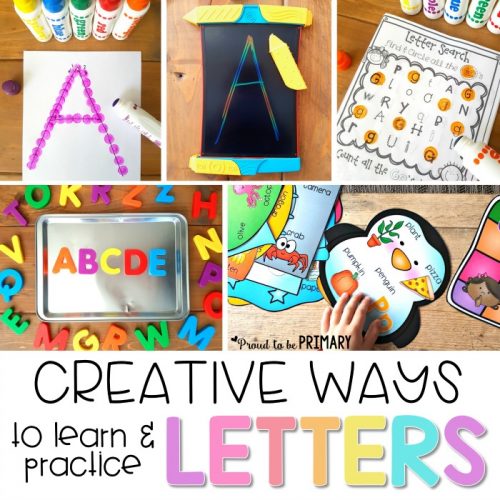 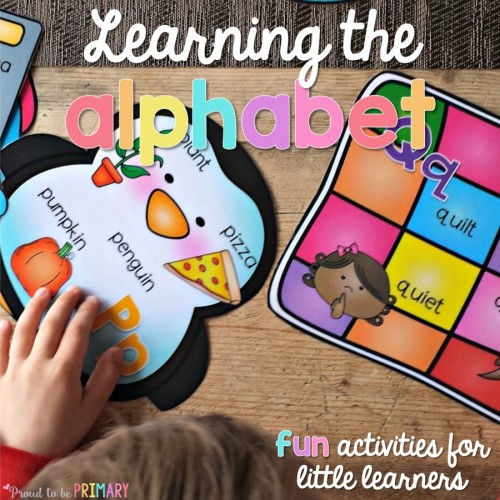 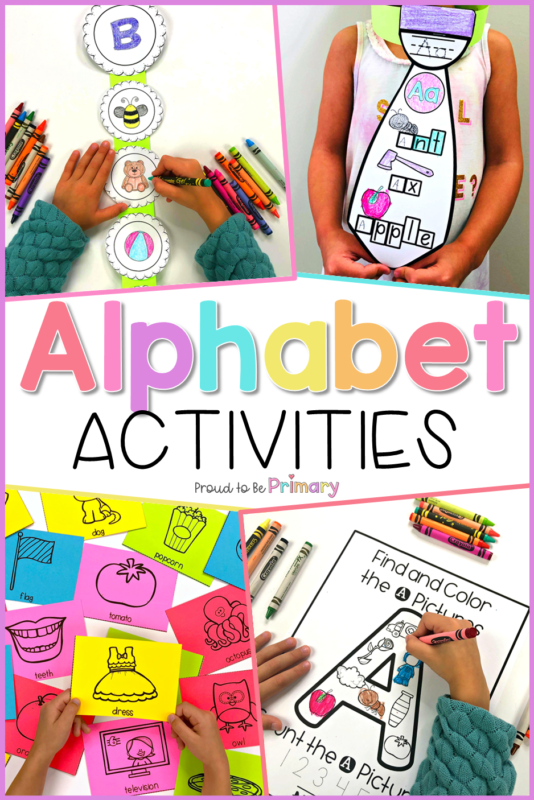 This Alphabet Activities Bundle includes 17 different alphabet resources in one giant bundle with over 700 pages of alphabet activities. Great for teaching children about identifying and forming the letters of the alphabet, learning what starts with each letter, and building their phonemic awareness. Watch it in action below!

Try the Letter A Activities

Grab the 19-page FREE letter A activities pack by clicking the image below. 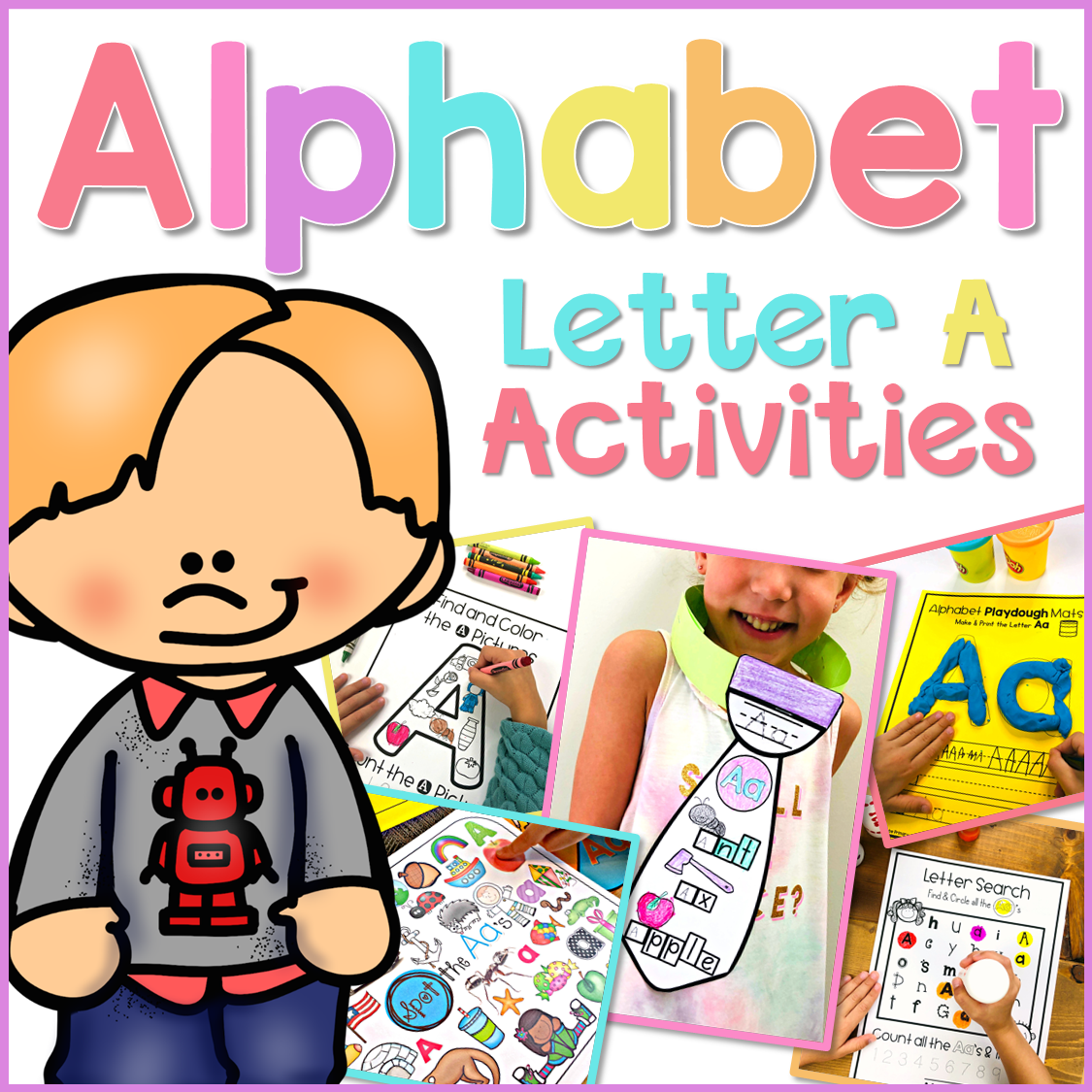 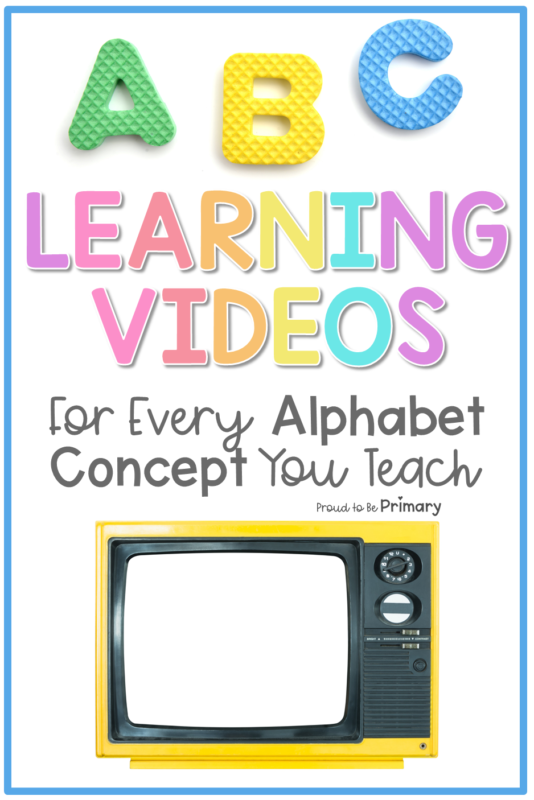 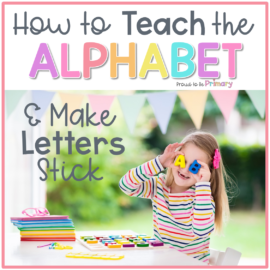 How to Teach the Alphabet and Make Letters Stick 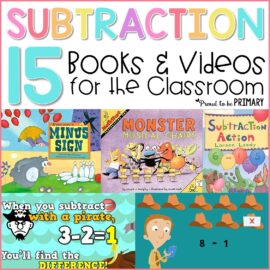 Subtraction Strategies: 15 Books and Videos for Kids that Teach 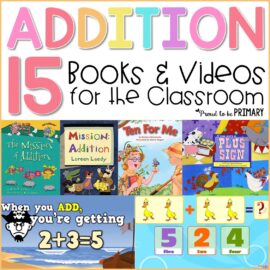 Addition Strategies: 15 Books and Videos for Kids that Teach 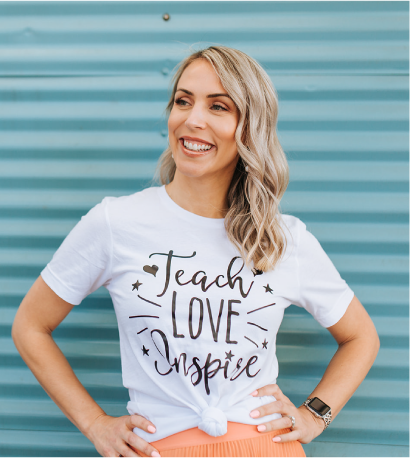 There is nothing I enjoy more than making a difference in the lives of teachers and children. Creating resources that are engaging and comprehensive is my passion. I love to shape little minds and hearts. 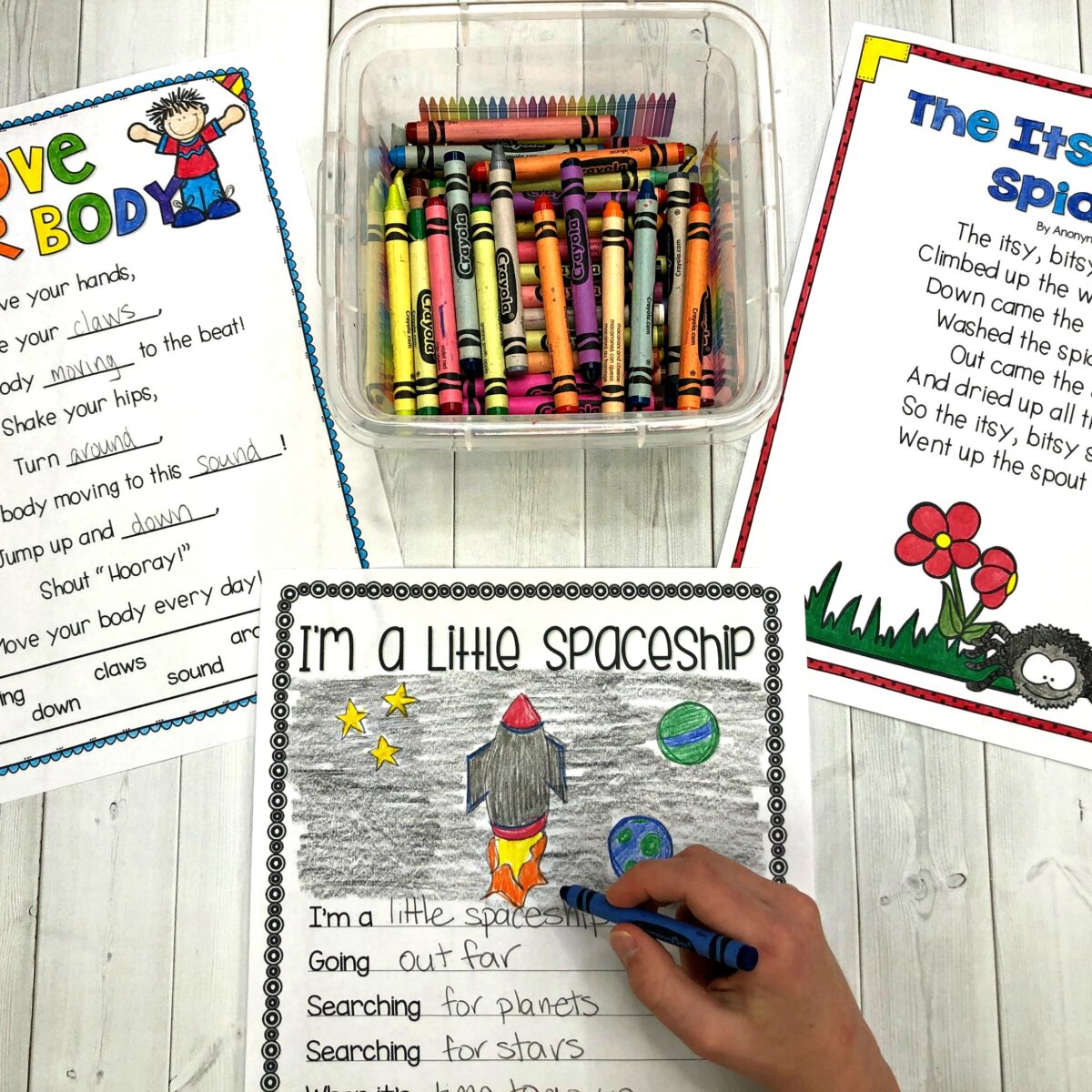 Try poem of the week! Sign up for free poems and activities sent straight to your inbox!

By entering your information, you agree to receiving email communication from me. Per my privacy policy, you can unsubscribe at any time.

Renew your passion for teaching and create a caring learning environment in the Mindful Hearts Classroom Club. OPENING SOON. 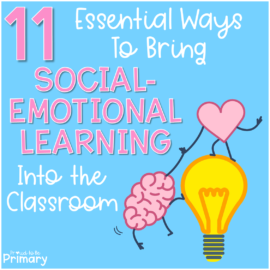 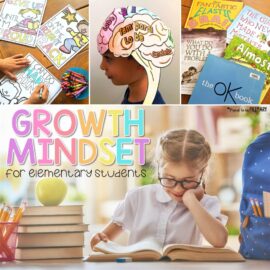 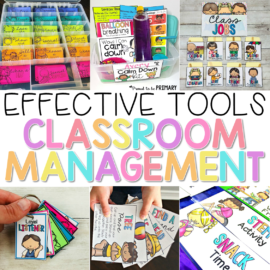 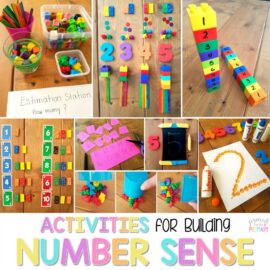 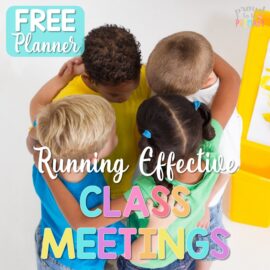 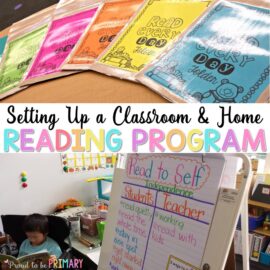